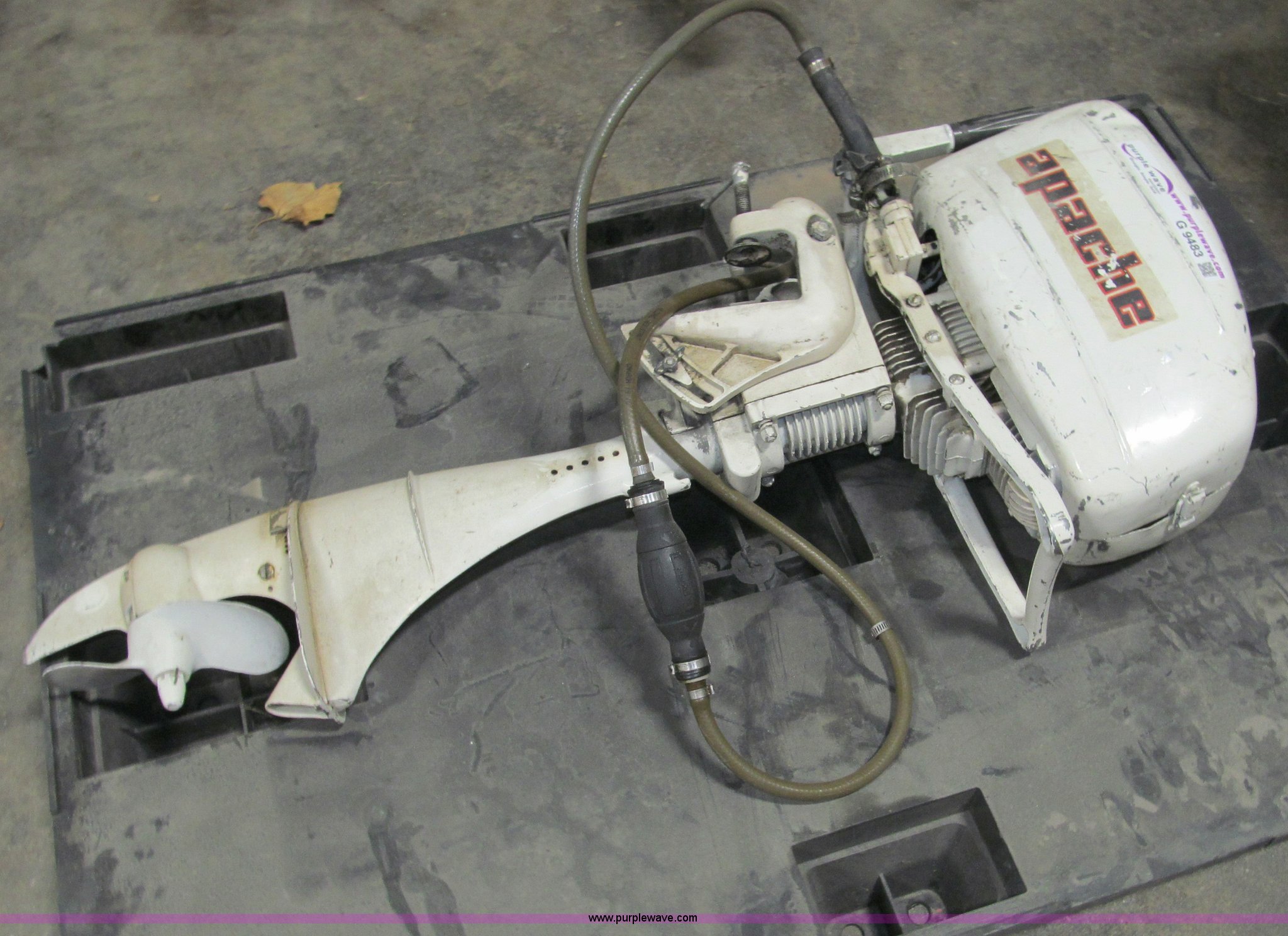 In the 1950s, Clinton Corporation developed a system of identification of its engines. The basis of this system of identification begins with the nameplate, which was permanently attached to each Clinton engine at the factory. The reference for all service and repair on Clinton engines will be found on this nameplate. It is very important that the plate remain with the engine. Should it ever become necessary to replace that part of an engine to which the nameplate is attached, make certain to remove the plate and place it on the new part. Listed on this page is additional information regarding the Name Plate as a key to service.

Three basic pieces of information are needed from the engine nameplate to locate the parts needed in the sales-service manual.

One thing to keep in mind when working with the Clinton manual is that all models are set up in numerical and alphabetical sequence. The model is further identified by the last TWO figures in the model designation number, e.g., B-760, and is sometimes followed by additional letters or numbers. All recent models and future production will have numbers only following the basic model number. The lettering system has been discontinued.

In the case of the nameplate shown above, by looking in the Model Variation List following the Basic Parts List for the B-700 series, you will find that the B-760-AOB has a special crankshaft, a gear-reduction assembly, and that the gear reducer is mounted in the 12:00 position. If, for instance, a part is needed just for the gear reducer, then you must turn to Section III (Accessories) and look up the part under the appropriate assembly number — in this case, 3800. It is advisable to always check through the variations first to determine if other than standard parts were used.

3. How to determine type:

The type letter is very important, as it designates when a part design change has taken place and the original part setup for thIs model engine will not work. Whenever a part or assembly is not used on all types, this will be noted in the basic model parts list. If no note appears, the part will be found on all types. The type in a Clinton engine is always shown as a suffix letter following the serial number — 120883-B is an example.

With the use of the above Mylar nameplate the engine model and serial number are stamped on the cylinder air deflector. These numbers are located next to the Mylar nameplate.

The fourth digit identifies the starter as follows:

The fifth digit was used to identify other information about the engines, bearing usage, metal type, and mounting pattern. Listed below is some additional information:

The sixth digit indicates that the engine has an auxiliary power take-off and speed reducers. 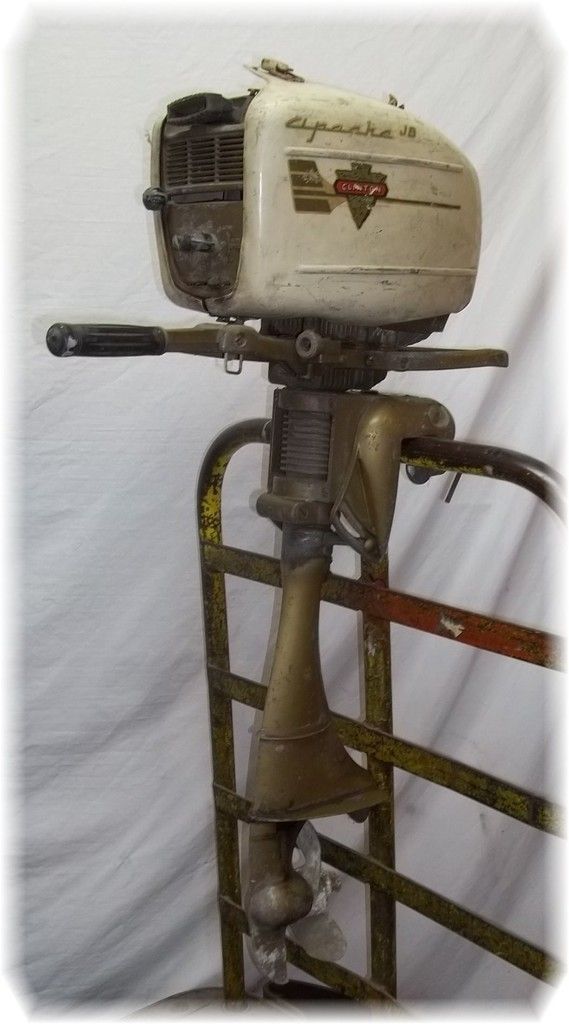 You are to use all 10 digits and type letter to properly identify your engine.

In 1961, Clinton Corporation changed its numbering system on engines to make the numbering system compatible with IBM. equipment. To properly identify Clinton engines, it is necessary to understand both the 1950s and 1961 systems.

Part Classification — Each group of like parts have a classification number assigned to it. For example, all heads will have 122 for the first group of numbers.

During the manufacturing of the Clinton engines in the 1950s through 1961, both numbering systems were used. The service materials that were sent to the distributors carry both old and new part numbers. The new IBM number should be used only when there is no old number listed.

Listed below are sections II-IX, which explain how to use the part list to look up information on the various engines.

The first few pages of Section II contain the engines that have the new IBM numbers assigned to them. You will notice that some of the basic parts lists cover several model engines. These were set up this way as most of the parts that make up these models are alike. When parts are not interchangeable between the various models, the model they are used on will be listed.

The first page of the basic parts list shows an exploded view of the parts that make up the engine. These parts have individual reference numbers which can be used to find the particular part number assigned; for example, using the 400-0100-000 basic model exploded-view reference number 9, page 2 shows that the part is a part number 5735 breaker point assembly.

All reference numbers listed on the exploded view of the engine are set up in numerical order on the following pages for cross-reference to part number. Once the correct terminology is known on the individual parts, the part numbers can be found without using the reference numbers, as the parts are all arranged in alphabetical sequence. For example, the breaker points would be found under the (B)s.

When working with the basic parts list, you will notice that some parts or assemblies are not completely broken down, such as the recoil starters, electric starters, fuel pump, gear reducers, and carburetors. These parts or assemblies are completely broken down and illustrated in Accessory Section 111. For individual parts that make up these accessories, refer to Section III of the manual.

Following the basic parts list for each model, you will find the model variations, which will tell you what changes have been made to the standard engine. These variations should be checked each time to make certain that the correct parts or assemblies are used on the particular model engine involved. Anytime the variations do not show a parts change for a particular model, the part or parts would be standard, as illustrated or listed in the basic parts list.

This section is set up to cover the items that are not normally considered a standard part on engines; however, there are a few exceptions, such as carburetors and starters. When working with the manual, you will find that the basic parts list or variations will direct you to Section III for an illustrated parts breakdown on various assemblies.

For dimensional information on bases, crankshafts, cam gears, and breaker cams, Section IV should be consulted.

When information is needed on service-replacement stock number engines, as for exterior dimensions and horsepower, refer to Section V.

For information regarding the proper method of servicing and repairing Clinton engines, refer to Section VI and the correct division.

When information is needed to find the current stock number of a service-replacement engine needed to replace an older model Clinton, refer to Section VII. This section is set up in numerical order, listing all engines which Clinton has manufactured in past years. Clinton also has set up an interchange with competitive brands to Clinton in this section.

For information regarding the Clinton warranty policy, short block, and special service information not listed in Section VI, use Section VIII. Warranty and short blocks will be covered separately.

This section is set up to keep service accounts informed on advance service information before it is finalized for proper section of the manual.

A rotary mower with a 21 inch blade and an engine speed of 3,000 rpm has a tip speed of 187 mph. If the operator walks at approx. 3 miles per hour the blade tip will pass over any given area 6 times, and a blade sharpened 3 inches on each end with the engine rpm at 3,000 only uses the first ½inch of the 3 inch sharpened length actually to cut grass. In order for the blade to cut the grass the full 3 inches of sharpened area the mower would have to travel 18 mph.
In 1951Clinton started production in Maquoketawith1 standard engine and 515 Model variations for the Original Equipment Manufacturers, {O.E.M}. By 1966 that figure had grown to 7 different engine categories, 181 standard engines and 7,677 model variations.
Clinton engines were sold and serviced by more than 62 Distributors, 845 Service Distributors, 12,000 dealers, 800 OEM Accounts in the United States and 88 outlets in off shore countries.
An estimated two-thirds of Clinton’s 2 and 4 cycle engines went into the power mower market. 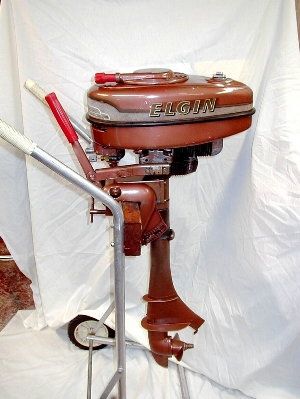 In 1958 Clinton was given the title of “The World’s Largest Small Engine Producer”.

Clinton in 1952 introduced its own line of chainsaws for use in logging, cutting firewood, land clearing, agriculture, and utility companies and landscaping.
In 1953 Clinton introduced its own line of 5 hp. air and water cooled outboards mainly utilized for fishing and trolling. They were also used as “kickers”, auxiliary power, to get back to the home dock in case the larger outboard motor stopped running. In 1966 a larger 9.9 outboard was added to be utilized on larger boats.
During May of 1966 Clinton received the coveted “E” award for excellence in the export arena from the President of the United States. Clinton was the first engine manufacturer to receive such award.
Looking for different type of engine power Clinton designed a Wankel engine one/half the size of the 1600 Series Red Horse Engine in the early 1960s. While 80 % of design criteria was met in order to reduce high rpm and improve the engine torque calculations indicated a speed reducer would be required. This in turn created too heavy an engine so the project was canceled. A display at the Clinton Engines Museum contains blueprints and engineering sketches along with various engineering mechanical calculations.
Probably the cheapest and highest quality purchased part outside of hardware, was the Spark plug. Rarely was a reject on the assembly line or in the test department ever found. There were 2 pricing levels Purchasing had to deal with. If the plug went into an engine the cost ran from .06 to 10 cents. If the plug was for the Service requirements, the cost became .30 cents to which marketing priced out at $1.03 retail. The plug manufacturer along with Purchasing always kept an eye on purchased requirements and where they were intended to be used.
The Government decree in the 1950s to small engine manufacturers was that all manufactured engines develop at least 95% of the decal horsepower after break in. Power loss will decrease 3% for each 1,000 ft. above sea level, and 1% for each 10 degrees F. above the std. temperature of 60 degrees F. Governors to be set at 3,000 rpm. Production engines shipped not broken in must develop 85% of decal horsepower. A formula Clinton adhered too.
Over the years Clinton colors for Standard engines were Dark Green, Red, White, Yellow and Gray. The colors for the 800 OEM accounts included many different shades of a standard color, I.E. 6 different shade of red, 4 shades of white, etc, etc. In all the years of production in Iowa an OEM account was never painted a wrong color.

In 1960 Clinton along with the Clevelite Corp. developed a revolutionary new ignition system, called “Dyna Spark” utilizing the Piezoelectric concept. This was a fore runner of today’s solid state ignition systems, no points or condenser. Clinton decided to put the unit on the commercial engine Clint alloy 407 series. Proto typing was done and the unit performed to engineering standards. Last minute cost increases to Clinton were not acceptable so the project was canceled. 5 engines of the proto type run were not returned to Clinton. Today there is only one known engine in the hands of a collector.

Congress in 1962 decreed that a device is needed on all rotary mowers that give the operator the ability to stop the blade prior to hitting an object. The mower industry lobbied and failed to defeat the measure at that point in time. Clinton in 1963 introduced its version of a “Touch “n Stop” that allowed to operator the requested option. Congress had second thoughts and killed the idea and Clinton never produced this model variation.