The Dell XPS M2010 is Dell’s largest and most fully featured notebook computer. While people argue whether or not it truly qualifies as a notebook, in my opinion, it forms a new class of personal computer that can best be described as a transportable (notebooks in the 19-20 inch form factor).

The system is not quite as powerful as a full on desktop or nearly as useable as a laptop, but provides some luxuries of both segments that uniquely creates a tantalizing and seductive combination that may be just what you are looking for, or maybe not. The configuration I bought from Dell’s Outlet (Certified Refurbished) consisted of the following specs when purchased for $2,440:

I currently run it with 1.5GB RAM, but have a 2GB stick on order and due to arrive any day. I also replaced the HD with my own Hitachi Travelstar 7k100 100gb 7200rpm drive. Everything else remains the same.

Having recently graduated from college, I figured I don’t need a laptop computer anymore to carry back and forth from home and school, I never really did use it in classes anyway. Still, the idea of a million wires sticking out the back of a desktop and the reliance on a power outlet wasn’t terribly appealing. The XPS M2010 struck the perfect balance; a full sized computer that could have one wire coming out the back (power), and was an all in one solution (large screen for everyday usage).

Where and How Purchased

This is easily one of the most stunning computers you will find, and the comments I’ve gotten from it range from “WOW” to slightly more expressive expletives of shock and envy. The build is very solid. The hinge allows a great deal of freedom for the monitor — the hinge is very stiff and does not wobble. The top and bottom of the system feel like faux leather, while the handle feels and looks like real leather. The Dell Logo on the system top glows blue, and pulses while in standby. The blue LEDs on the computer’s main console are incredibly bright (a bit annoyingly so), but nice looking anyway.

The screen on the XPS M2010 is absolutely stunning for a “laptop” computer, though I would expect no less. It’s brightness is very high, with excellent side to side and decent vertical viewing angles. It falls a bit short of my Dell 1907FP, though not by much. I tilt the screen a little bit downwards, as for some reason, the bottom washes out far less, or not at all, compared to the top of the screen.

All in all, there is absolutely nothing out in the notebook segment that could compare. I’ve had 17-inch, 15.4-inch, 14.1-inch, and 12.1-inch notebooks with various respective screens, and this puts them all to shame. I would say from my previous laptop screen experiences, the 12.1 Dell Inspiron 700M ranks the highest, while the 14.1-inch Asus A8jp and 17-inch XPS Gen2 rank the lowest in terms of clarity, contrast, and viewing angles.

The speakers are amazing, though they will not compete favorably with a good pair of subwoofer powered 2.1s. The highs and mids are extremely clear, while the bass is more punchy than booming. Having had a great number of speakers and headphones, this computer’s sound is better than the Altec Lansing XT2, a bit worse than the Logitech V20s, and worse than my Dell 2.1s and the Logitech Z-10s. What this means is that you really don’t need separate speakers, as these are adequate for most listening experiences, but by no means excellent or passable to an audiophile.

Performance under Windows Vista in general is not much different than what I’ve previously encountered under similarly configured systems (Asus A8jp w/ T7200 and Dell E1505 w/ T7200, 2GB RAM). Vista’s Aero however seems smoother due to the much faster X1800 graphics card being present. In terms of gaming prowess, I would not suggest this system, though it is capable of running all games adequately, but by no means with eye candy turned up or even native resolution. I wouldn’t even consider Windows Vista at this point if you are a gamer, as the benchmarks I ran show (below), the X1800 performs pretty miserably. The T7200 is plenty fast for all other applications though, ranging from HD-TV (via Hauppauge HVR-950) to every day multitasking. I would not even install Vista without at least 1.5gb of RAM though. I currently also have a (Sandisk Extreme III) 2gb SD card in the computer for Vista’s Readyboost feature, which does make the system more snappy and responsive.

Super PI is used to test CPU performance by calculating pi to 2 million digits of accuracy.

PCMark05 is a synthetic benchmark that tests overall system performance.

The XPS M2010 scored a respectable 4.5 on the Vista Experience Index benchmark

The console runs very very hot, but the system is for the most part, dead quiet. The only times the fans are noticeable are during gaming benchmarks. Taxing the CPU doesn’t affect the fan speed at all. I do however, have a small issue with my system that I hope will be resolved when a replacement system arrives (detailed later): the right side of my system makes a high pitched whine/buzz. It could be a fan or even the GPU, as this problem has been quite common on some laptops. It is only noticeable in a quiet environment however, so it is not the biggest deal breaker. 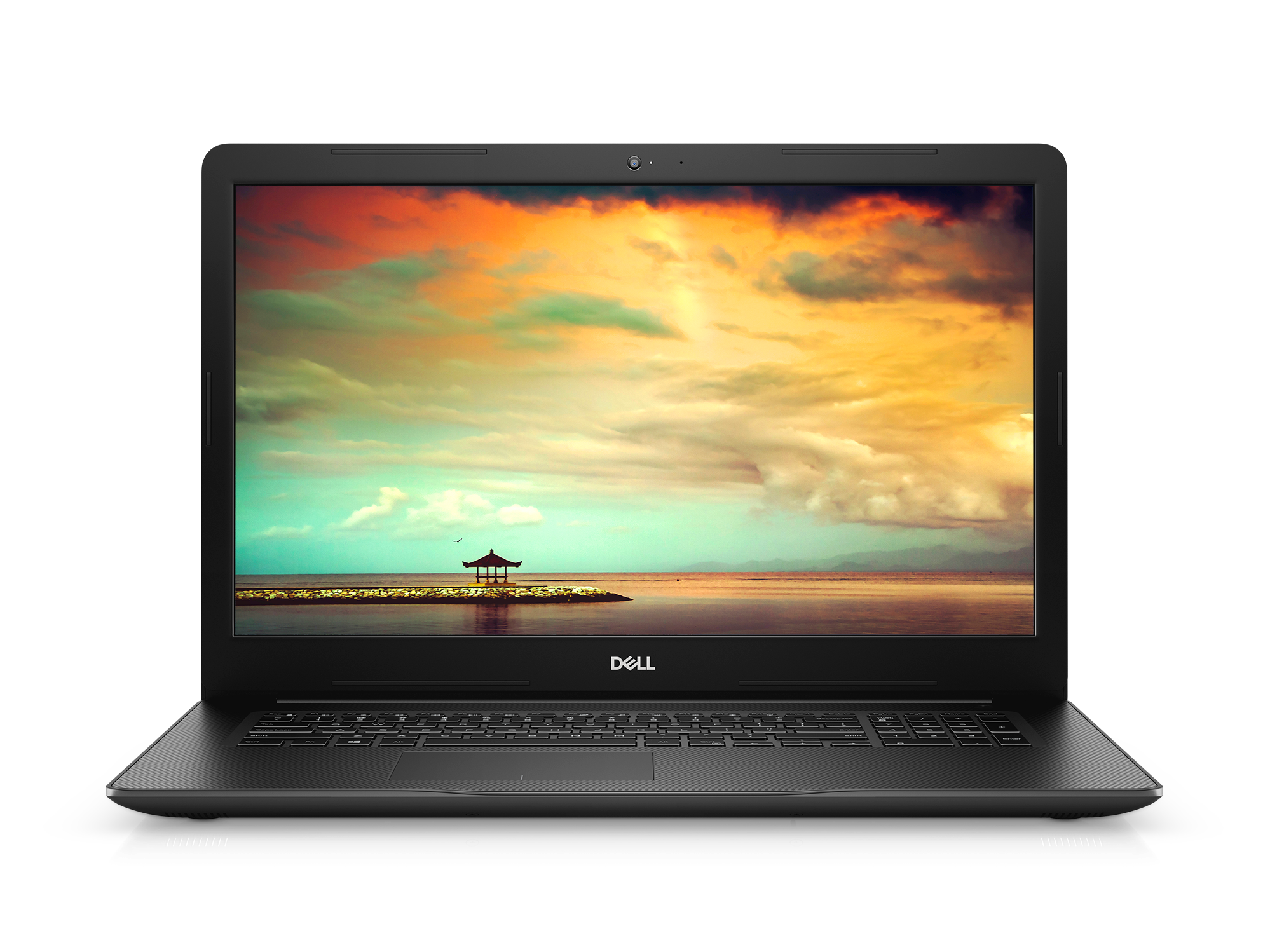 The system comes with a detachable Bluetooth Keyboard with built in trackpad. I am amazed that the system is able to fire up the Bluetooth in time to boot into the setup menu… some fancy BT Bios drivers at work there I assume, but certainly impressive. The keyboard’s battery life, under heavy usage, I would assume would be months. I have used it for literally a week without charge, and it still reports a full charge. I certainly hope this reading is accurate, but since it does not charge anymore when I snap it back into place, it is pretty safe to say the battery life is astounding.

The system also comes with a fully functional Bluetooth mouse (made by Logitech I assume, as it uses Setpoint). It has a side scrolling click wheel, plus forward and back buttons, all of which can be programmed with Logitech’s Setpoint software. Amazingly, there is no identifiable lag with either the mouse or the keyboard, in sharp contrast to my previous experience with radio frequency based wireless mice and keyboards from Logitech (such as the VX revolution, various wireless keyboards). Absolutely impressive, even suitable for gaming.

The system comes with 4 USB 2.0 ports, an Express Card slot, FireWire, IR, Compact Flash reader, SD/MMC/MS/XD reader, some standard audio/microphone inputs, S-video, DVI, and modem/Ethernet ports. Dell really did go all out on expandability, though I find the Compact Flash reader pretty useless, I would rather have an old PCMCIA slot.

The Intel 3945ABG wireless the system comes with is just as strong as all the other (identical 3945ABGs) I’ve used, and achieves a full signal in my home network, while picking up dozens of neighboring networks.

The standard battery lasts about 2 hours on Balanced/Performance, but can squeeze to 3 hours with some power saving features turned on (Wifi Off, screen dimmed etc). Pretty impressive for such a massive system, but then again the battery feels like a bit like the weight of some table PCs and ultraportable laptops alone!

The system came with Windows Vista Home Premium 32-bit edition. I use it instead of XP for Vista’s Superfetch and Readyboost features, which allow a beasty system like this to fly just as fast, if not faster than XP running most daily usage programs. Everything I use and run works fine with Vista, though I haven’t figured out how to configure my HVR-950 HDTV tuner to work with Media Center yet.

I have had a few issues with this system, which warranted a few support calls. First of all, the speakers came unbalanced, with the left speakers significantly louder than the right. Some balance tweaking in the sound options fixed it, but it was a bit annoying. The buzz/whine was also suspected to be the speakers, so a technician came and replaced the speakers (which involved replacing the whole back panel). Unfortunately, the system was marred cosmetically and the battery has been reported as missing more than once by Windows, and the problems were not solved. A complaint to Dell immediately authorized the build of a brand new system specced to be equal or greater than my current system, to be shipped to me as a replacement in 8-10 days. Having bought a ton of Dells in the past, I am not surprised at all. All I have to say is that Dell has hands down the best customer support of any computer manufacturer, in the world.

People who balked in the past at the absurd price tag of the Dell XPS M2010 no longer really have that excuse. I think $2,440 is a very reasonable amount (though it would vary based on the deal you get and state tax), an amount which many buyers of Sony and Apple products are readily willing to shell out. With 3-year at home service and warranty (Ok, to be honest, perhaps I will convince the Dell tech to let me replace the part in the future if need be) is absolutely phenomenal. This system is not for everybody though. It doesn’t really come close to matching a desktops power, and isn’t terribly useful as a portable laptop. However, it will certainly appeal to a niche audience of which I belong to, people who want a clean, stylish, powerful and functional system that allows transportability without sacrificing useability. It could easily be your media center, gaming PC, work PC, center of envy and status symbol all in one. For my needs, there really isn’t a better system.