Then Jerico are an English rock band. They scored four top 40 hits in the UK during the 1980s.

The band played at The Limelight Club in New York in 1983 and signed to London Records in 1984. The single 'The Big Sweep' was recorded for London but they objected to the lyrical subject matter (an anti-Robert Maxwell/Rupert Murdoch statement). It was initially released by the track's producer Martin Rushent on his own Immaculate label in 1985 and later as a limited edition by London Records along with the new song, 'Fault'.[2]

About With extensive influences including everything from progressive metal, shoe gaze, to indie, Color Motive's sound brings in shimmery synths with orchestral and jazz elements reaching all ends of the spectrum. Their debut album 'Elevate' covers a wide dynamic. Motives, Cleveland, Ohio. Midwest screaming boy band. 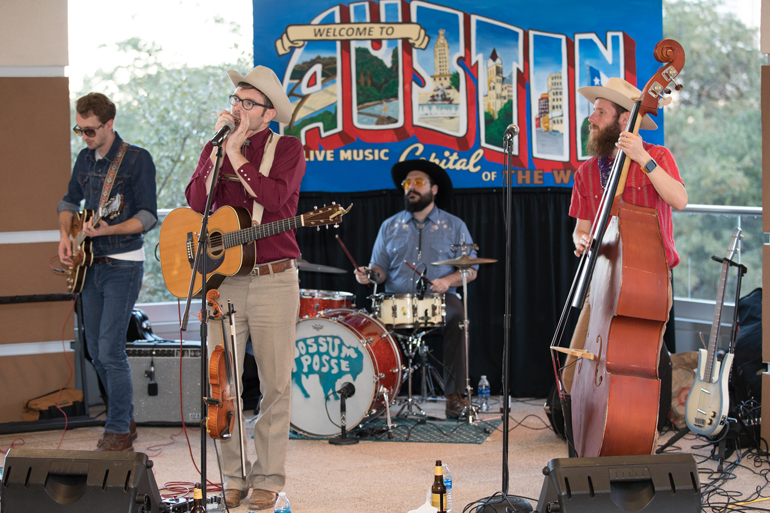 The band's songs 'Muscle Deep' and 'The Motive' charted in 1987.[2] They enjoyed success with two albums, First (The Sound of Music) (1987) co-produced by Mark Shaw and Owen Davies, which reached number 35 in the UK Albums Chart,[3] followed by The Big Area in 1989 that went gold and reached number 4 in the UK Albums Chart.[3] Producer Rick Nowels took care of about more than half of the tracks on that album which also led to the appearance of Belinda Carlisle on side vocals on the single 'What Does It Take'.[4]

Released in 1988, ahead of the group's second album, 'Big Area' achieved their greatest chart success, peaking at number 13 in the UK Singles Chart.[3]

The original Then Jerico line-up split up in early 1990,[5] with Mark Shaw leaving the band to pursue a solo career. He released his only studio album, Almost for EMI in 1991.[6][7] It was produced by guitarist Andy Taylor and included two singles, 'Love So Bright' and 'Under Your Spell'.[7] Mark Shaw has also worked off and on with Spandau Ballet lead singer Tony Hadley and the SAS Band.[2] 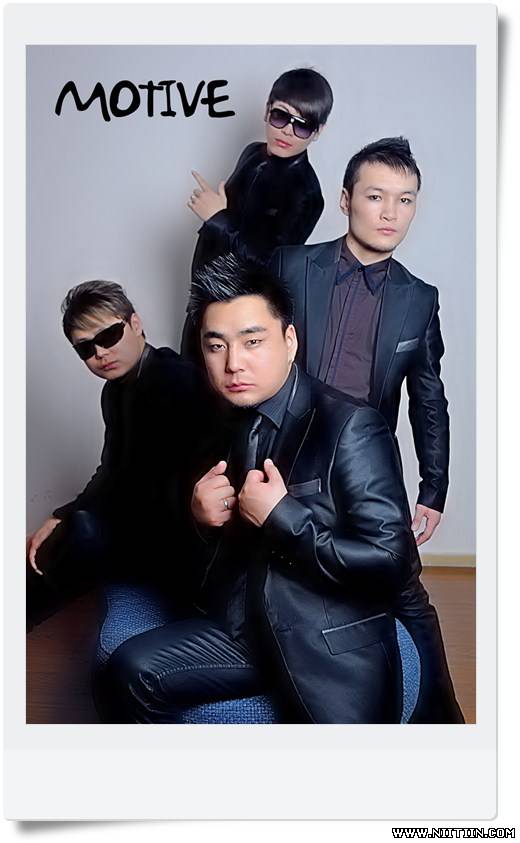 In 1998, Shaw re-activated Then Jerico, writing the materials for Orgasmaphobia, a self-financed album[6][8] released on Eagle Rock. The album was co-produced by Mark Shaw and Andy Taylor with collaborations from Taylor, Simple Minds' keyboard player Mick MacNeil and author Iain Banks.[8] In 2000, a live album Alive & Exposed was released by Yeaah! Records credited to 'Then Jerico... Mark Shaw Etc.'.[9] It was a recording made in the summer of 1992 of a concert at the Grand Theatre, Clapham in London.[9][10] It contained a new song 'Step into the Light'.[10]

Shaw embarked on a new Then Jerico tour in 2012 with an original line-up of the band, made up of Mark Shaw, guitarists Rob Downes and Scott Taylor, bass player Jasper Stainthorpe and drummer Steve Wren.[11]

A 'Reprise Tour' was launched for 2013[12] to promote the release of the Reprise compilation album[12] on Warner / Rhino Music with a number of appearances including at Henley's Rewind the 80s Music[13][14] and at the Let's Rock Bristol festivals.[15]

In February 2014, the 'original' Then Jerico called it a day; however, lead singer Mark Shaw continued, as he vowed to do, with a new line-up to fulfill Let's Rock festival dates in May, June and July that year. In 2015, Shaw played club shows prior to a performance at 'Let's Rock London', on Clapham Common, London, on 16 July 2016. 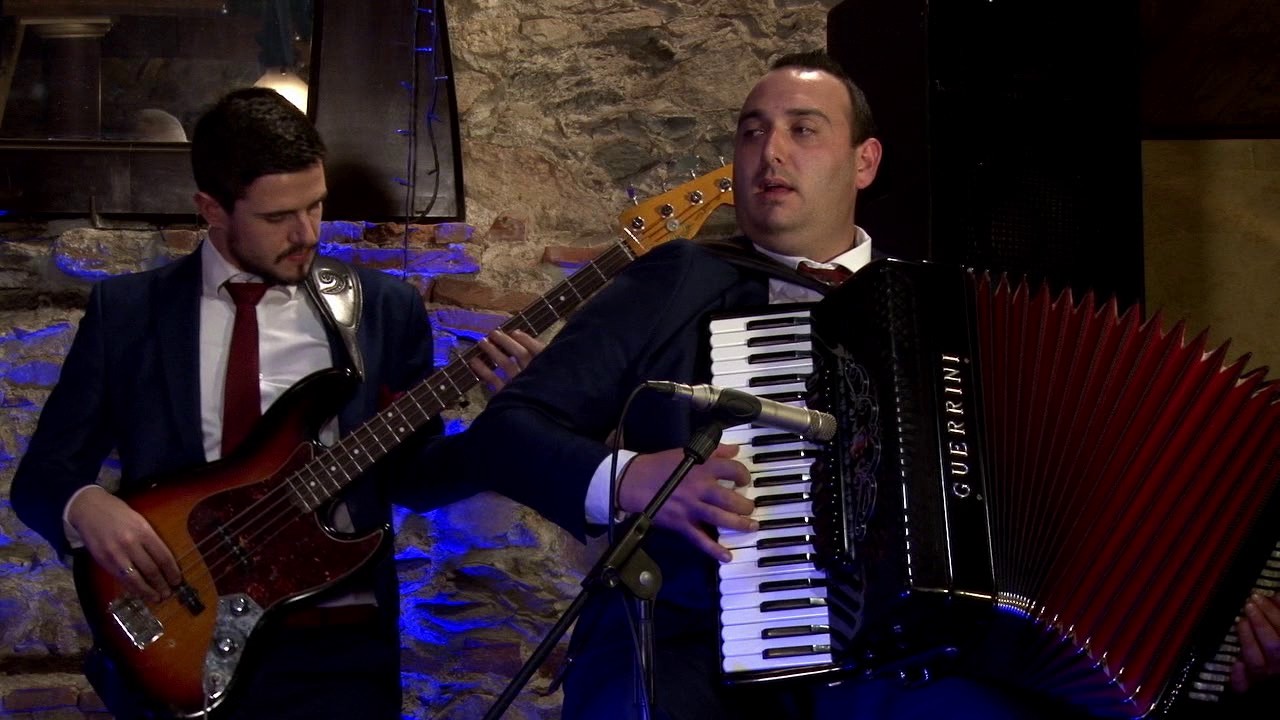 Their live shows featured the talents of backing vocalist Bari Goddard (who also worked with Cliff Richard, Madonna and Jimmy Somerville among others) and Steve Lee (Joan Armatrading); some of these performances are available on the double CD release Radio Jerico which showcase some Radio 1 sessions and the full Hammersmith Odeon show of 1989.[citation needed]

Los Angeles-based label Sumerian Records has announced the signing of IN MOTIVE. The band — made up of longtime Sumerian artists Lee McKinney (guitar; BORN OF OSIRIS), Nick Rossi (guitar; ex-CITY IN THE SEA), Conor White (drums), plus newcomer Devin Barrus (vocals) — crafts a sound that ebbs and flows between progressive metallic intricacy and alternative infectiousness.

Check out the official music video for IN MOTIVE single 'Revival' below as well as the stream for the song 'The Disconnect'.

In late 2015, longtime friends Nick and Lee found themselves both deep in writing mode for a new musical outlet. With a similar sound and goal in mind, they decided to collaborate. Conor joined the fold and the trio recorded multiple tracks with mutual producer Nick Sampson. On Halloween 2016, they uploaded one of the instrumental tracks on the Sumerian Records YouTube channel to see who would interlock seamlessly as a vocalist.

As the clip quickly cracked 140,000 views, one vocalist in particular stood out.

'Devin's voice was the perfect contrast to the instrumentation,' comments Conor. 'It was a subconscious thing. We just knew he would fit.'

'He brought in a unique element that we never expected,' adds Nick. 'We wanted a singer whose voice you could identify with the band right off the bat. He was the best fit we could've ever found. Moreover, he felt the music the way we did.'

Without telling a soul, the group finished tracking the collection of songs with Sampson in Michigan before heading to Bakersfield, California to track vocals with none other than hard rock legend Jonathan Davis of KORN. Both producers pushed IN MOTIVE to bend and break boundaries.

'We're super comfortable with Nick Sampson,' says Nick Rossi. 'He's really tight with us and even played bass on the record. We're all KORN fans, and working with Jonathan was just incredible. To be able to hang with him and get insights into what he's seen throughout his years in the industry and hear his opinion on our songs was unbelievable. He took our vision and helped us get to where we need to be.'

That initial YouTube video turned into 'The Disconnect' — a song powered by warm tones and an unforgettable refrain. Meanwhile, the first single 'Revival' builds from intergalactic six-string soundscapes into an entrancing chant punctuated by falsetto and fire.