The Interrupters are an American ska punk band formed in Los Angeles, California, in 2011. The band comprises Aimee Interrupter on lead vocals, Jesse Bivona on drums, Justin Bivona on bass, and Kevin Bivona on guitar. They have released three albums. The latest, Fight the Good Fight, was released in 2018, along with the album's lead single, 'She's Kerosene'.[1]

The three Bivona brothers met Aimee Allen, a solo artist at the time, in 2009 while touring with their band Telacasters supporting The Dirty Heads and Sugar Ray. In 2011, Aimee and Kevin started writing songs together and brought Kevin's brothers, twins Jesse and Justin, in to play drums and bass. That led to the four forming The Interrupters.[2]

The band got an early start, touring with bands such as Rancid, The Transplants,[3]Devil's Brigade, and Left Alone; as well as playing the American music festival Riot Fest in Chicago and Denver,[4] and the Canadian music festival Amnesia Rockfest, all before the release of their first record.

They were frequently involved with Tim Armstrong's Tim Timebomb and Friends project, which saw the online-release of a song a day for an entire year. They were also members of the touring group. The first single released was the song 'Liberty', followed shortly thereafter by the song 'Family', which features a guest vocal by Tim Armstrong and was previously released through the Tim Timebomb and Friends project. Both singles were released as limited edition 7's through Pirates Press Records.

The Interrupters, Say It Out Loud[edit]

The Interrupters' debut self-titled record was released August 5, 2014 on Hellcat/Epitaph Records. The album debuted at #95 on the iTunes US Albums chart.[5]

Following the release, the band toured the US and Canada in support of the album with the likes of The Mighty Mighty Bosstones, Street Dogs, Less Than Jake, Big D and The Kids Table, Reel Big Fish, Rancid, and The English Beat; and toured Europe with Bad Religion; and also played Soundwave Festival in Australia, and Groezrock Festival in Belgium. The Interrupters Say It Out Loud Downloads

In support of Say It Out Loud, the band played on the entire Vans Warped Tour during the summer of 2016, and then embarked on their first US headlining tour, bringing Fat Wreck Chords' band Bad Cop Bad Cop along for support.[11][12]

On May 2, 2018, the Interrupters announced the album Fight the Good Fight, produced by Tim Armstrong, released on June 29 on Hellcat/Epitaph.[13] The lead single, 'She's Kerosene',[14] peaked at number 4 on Billboard's Alternative Songs chart,[15] The album has reached number 2 on the BillboardIndependent Albums,[16] and number 141 on the Billboard 200.[17] The band were featured on the cover of Kerrang! magazine in May 2019 and were nominated for 'Best International Breakthrough' at the 2019 Kerrang! Awards.[18]

Billy Kottage, formerly of Reel Big Fish, has been touring with the band as a featured musician since early 2019, playing the Hammond Organ and trombone. 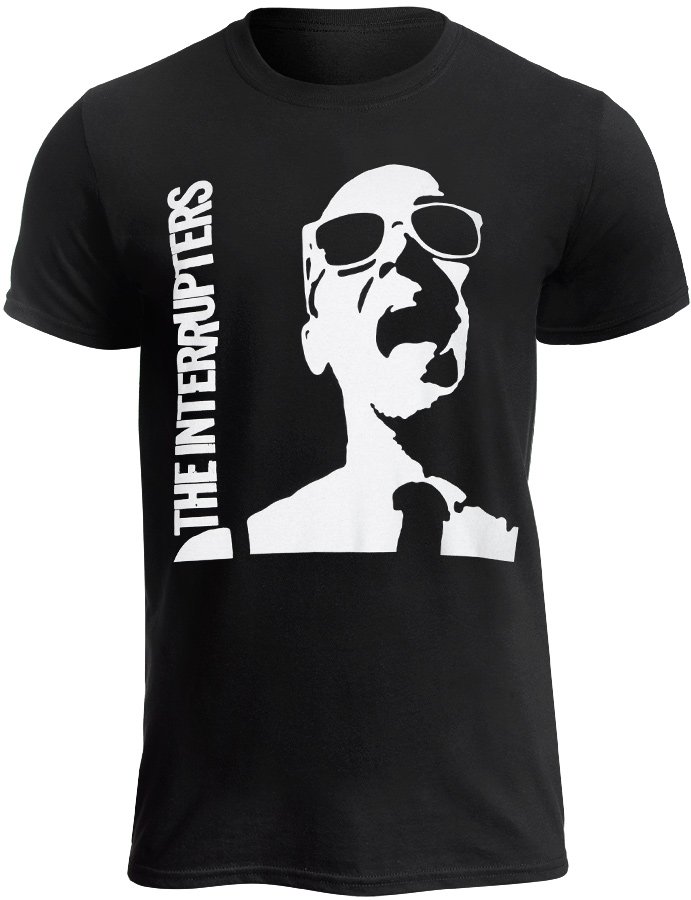 The song 'Family' has a prominent role in the Twilight Zone episode 'Six Degrees of Freedom'.

The song 'Take Back The Power' was featured in commercials for T-Mobile,[30]Shameless,[31]MLB's 2016 Home Run Derby,[32] and the Michael Moore film Where To Invade Next,[33] as well as being featured in the closing credits of the film; and as the theme song for Hillary, a 2020 Hulu documentary on Hillary Clinton directed by Nanette Burstein.

The band's cover of Billie Eilish's 'Bad Guy' is used during a fight scene in episode 5, series 2 of The Umbrella Academy.